Elon Musk took a break from Twitter for a while and his come back tweet has caused a rise im the demand for Dogecoin. Musk posted a photo of the SpaceX rocket with the Moon in the background, with a caption saying ” One word: Doge”. Dogecoin price experienced a 44% after the tweets. 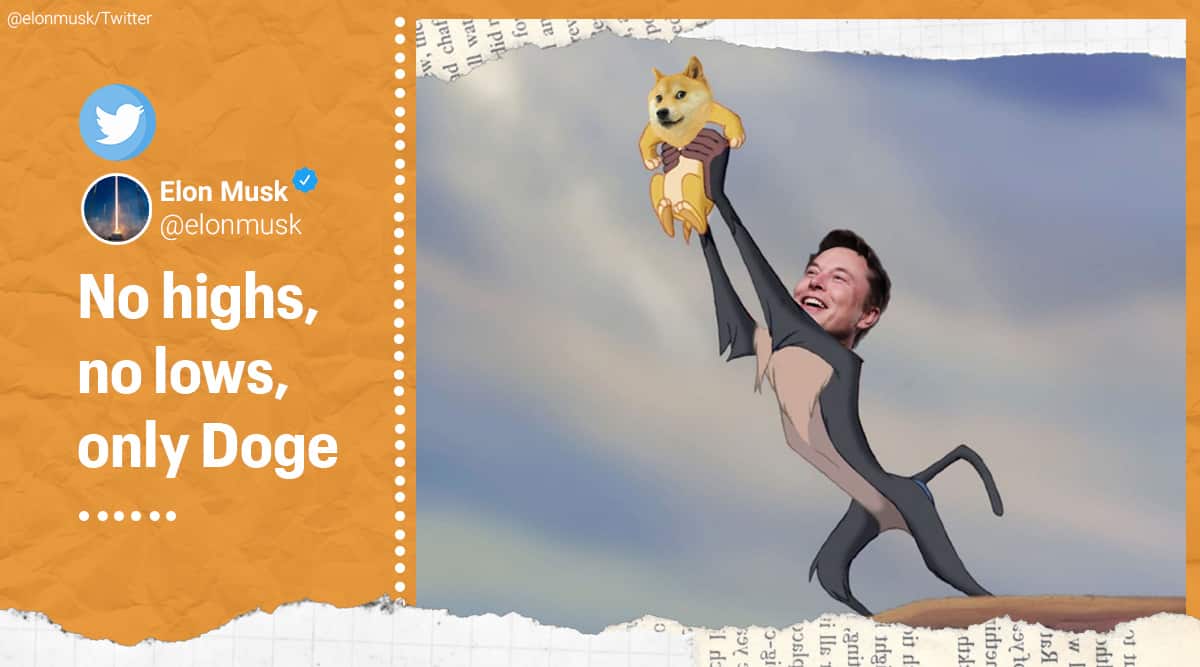 World’s richest man Elon Musk is back on Twitter from his self-imposed break in less than 48 hours. The Tesla CEO posted a series of tweets in support of cryptocurrency Dogecoin, which was volatile in the past few day.

Musk backed the cryptocurrency that takes its name and logo from a Shiba Inu meme that was popular several years ago, and doesn’t have a cap.ADVERTISEMENT

As Musk tweeted just a photo of the SpaceX rocket with the Moon in the background, he soon followed it with one word “Doge”, as Dogecoin price literally shot up on ‘To The Moon’, as it surged 44% after the tweets, Market Watch reported.

Data from Cointelegraph Markets and TradingView showed DOGE/USD rebound past $0.05 per token on Thursday, edging towards new all-time highs.

Shortly after his first tweets and Dogecoin’s initial pump, Musk then tweeted an image of the iconic scene from The Lion King where Rafiki holds up a young Simba — but swapped his face to show him holding up a young Dogecoin. He added, “ur welcome.”

Musk continued to rally his support behind the company, as it’s price kept soaring. “Dogecoin is the people’s crypto,” he said in another tweet. “No need to be a gigachad to own” and “No highs, no lows, only Doge,” he followed.


As he went overwhelmed with his Doge advocacy, many shared memes and jokes about Musk’s love affair with the memecoin company and hashtag #ThanksElon also began to trend in the United States and ‘Doge’ dominated Twitter trends worldwide.

Dogecoin is a “meme” cryptocurrency created in 2013, seemingly as a joke.

This article is sourced from:https://indianexpress.com